Date: 04-08-2017
Took a day off to tackle Schimbrig, a summit that was on my todo list for some time. Started somewhat early, as the forecast has announced temperatures in the low 30 degrees. As it turned out to be quite cloudy, it was not that bad in the end. Good parking opportunity can be found just a few meters uphill from the Restaurant Gründli. At first, I wanted to take the path from Hindergrund/Laui to Looegg. However the Farmer at Hindergrund advised me, that the path had almost disappeared and that it would be difficult and exhausting finding the way through the steep forest. He recommended to take the lower path through Chätterech instead, which I did. In Chätterech, the path steepens and about half an hour later you reach the saddle at Ober Looeg. From there, its about another 45 minutes to the summit. The summit was in a cloud most of the time during my activation. This was quite comfortable temperature-wise, but not so good for the view obviously. To return, one can either take the same way back, or alternatively the blue-white marked path going down the east flank of Schimbrig (a good T3 difficulty level). Good hiking boots are advisable as it is quite steep and you have constantly take care of proper footing. This makes it also quite exhausting. 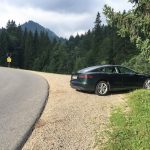 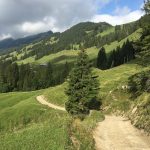 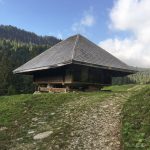 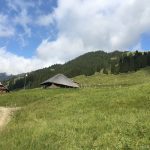 Chätterech, Ober Looegg can be seen on top of the ridge 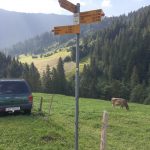 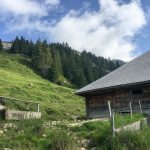 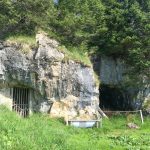 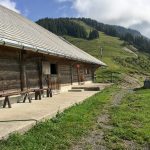 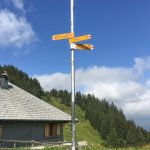 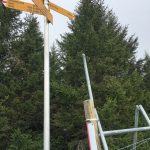 Almost there. From here the path is less steep 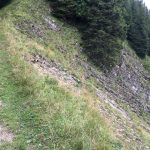 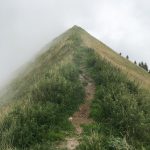 Shortly before the summit 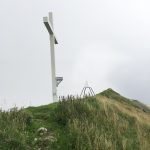 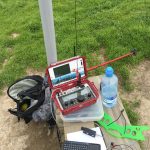 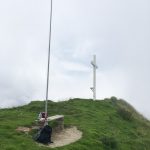 Summit mostly in the clouds during the activation 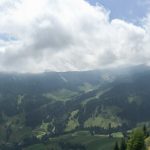 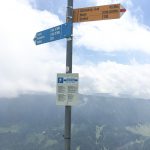 Shorter but steeper way down following the blue-white markers 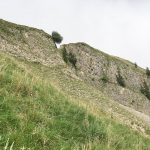 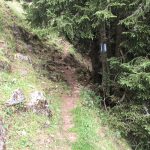 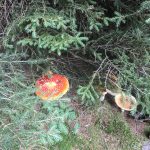