The KX3 GoBox was a bit on the heavy side (more than 1.5kg), but I liked the sturdiness and the ‘all-in-one’ concept (e.g. included batteries). So I decided to put my much lighter and smaller MTR-5B into a similar package. The small version of the SIGG alu box was just right for that and left additional room for a Raspberry Pi running my SOTALog software. There are two USB slots, one for the keyboard/bluetooth dongle, and one for a memory stick, where the logs are saved to. The whole box weights only 469g with all batteries included. There are 3 LiPo cells of 600mAh for the rig, and 2 LiPo cells of 1700mAh for the Raspberry Pi. Enough for 4 hours continuous operation. 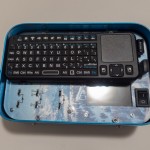 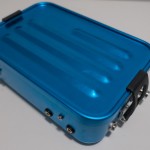 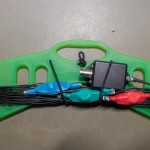 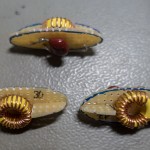 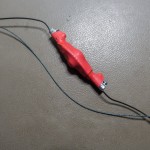